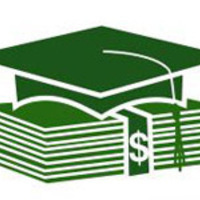 BURGER KING℠ McLamore Foundation, which was established in October 2005, is the charitable arm of the BURGER KING® system and is a not-for-profit 501(c)(3) charitable organization.

The Foundation, together with Burger King Corporation employees, franchisees, suppliers and guests, has been able to make a positive impact in the communities in which we work and live. Today the Foundation administers the BURGER KING℠ Scholars program and the BK℠ Family Fund.

The BURGER KING℠ Scholars program assists employees, employees' spouses or domestic partners, employees' children and high school seniors in the United States, Puerto Rico and Canada in continuing their education. To date, the program has awarded more than $40 million in scholarships to more than 36,000 students. Last year alone, $4 million in scholarships were awarded to nearly 3,000 deserving students.

Integrity, high standards, entrepreneurial spirit, good citizenship and education were the values that defined BURGER KING® brand co-founder James W. McLamore. It was those values that helped realize a dream and it is those same values that are the core of the BURGER KING℠ McLamore Foundation, which will continue to build on his legacy and his commitment to education.

This scholarship program is administered by Scholarship America®. Awards are granted without regard to race, color, creed, religion, sexual orientation, age, gender, disability or national origin.

This event content is powered by the Localist Community Event Platform.

Login to interact with events, personalize your calendar, and get recommendations.